Tadalafil Side Effects And Contraindications 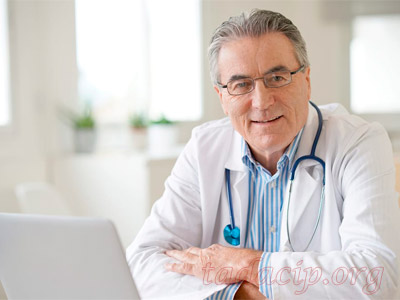 Tadalafil is an oral drug that has several uses in modern pharmacology, but its main use is undoubtedly for the treatment of erectile dysfunction. Other uses of the drug include benign prostatic hyperplasia (BPH) and pulmonary arterial hypertension.

To make sure that you use the drug with the minimal risk of side effects and in a safe way, you should always used Tadacip according to the label, that is, for conditions it is intended for. This sounds like an obvious thing to say, but you would be surprised to learn how many men take Tadacip and similar drugs without having the actual need in medically supporting their erectile function. This use of tadalafil is called recreational, and is fraught with dangers.

First and foremost, these dangers are of psychological nature. A man becomes psychologically dependent on using the drug, and gets performance anxiety whenever attempting sexual activity without the backup of an erectile pill. As is known, performance anxiety is one of the main reasons behind psychogenic impotence. More on this can be found in the research Recreational Use of Phosphodiesterase 5 Inhibitors and Its Associated Factors among Undergraduate Male Students in an Ethiopian University.

Who cannot use tadalafil?

We have already mentioned that men without the diagnosis of erectile dysfunction established by a board-certified specialist should not take tadalafil or other erectogenic agents. For the obvious reasons, women, especially pregnant or breastfeeding, should not use the drug either.

This said, if you suffer from erectile dysfunction which is confirmed by the doctor, but at the same time, you have other health conditions to consider, tadalafil therapy might not be right for you. In such cases, your doctor will appoint another oral or injectable drug, and in some cases, prosthetic therapy will be recommended.

What are the conditions that can prevent you from using tadalafil?

What are tadalafil side effects?

How to minimize tadalafil side effects?

Tadalafil is a well-studied and safe drug whose side effects are temporary, and they go away as you continue to use the drug. It is usually enough to follow prescribing instructions with accuracy to avoid any persistent or bothersome side effects. If, however, your adverse symptoms intensify over time instead of disappearing, it might be time to discuss the dose adjustment with your doctor. Remember that no dose adjustment should be made without doctor’s approval.

Taking tadalafil with food is a good way to minimize the risk of onset of adverse reactions. If you notice that you develop adverse reaction around the use of tadalafil alongside with certain substances, e.g., other drugs or alcohol, or possibly grapefruit or grapefruit juice, make sure you avoid such combinations in future.